The Southampton Canal Society welcomes all those interested in the inland waterways to this website’s home page. We are not a large group but we do fly the 'canals flag' here on the south coast of England. Please explore this site and find out all about the Society. You can also find details about some of the inland waterways of southern Hampshire.

End of the Southampton Canal Society

It is with sadness that we announce that the Southampton Canal Society will cease to exist at the end of March after nearly 55 years.

At the postponed Annual General Meeting held on Thursday 2nd December 2021, it was agreed that owing to a shrinking membership and problems created by the Covid-19 pandemic, rising costs and no volunteers to form a Committee that the Society should be formally closed on 31st March 2022. No further formal meetings of the Society will take place. The February & March issues of the Society’s Newsletter will be published, but the second of these will probably be the last.

However, this website will continue as a resource about the waterways in Hampshire and surrounding areas. This site will be known as “Hampshire Waterways”. The web address (https://sotoncs.org.uk/) will not be altered although final decisions about its content have yet to be made. The change in name was to occur before the end of April but other commitments mean this has been delayed until June. Some upgrades to the site have been in hand for some months but should also be published soon. So do please continue to visit us.

Horse and the boat Kennet Valley 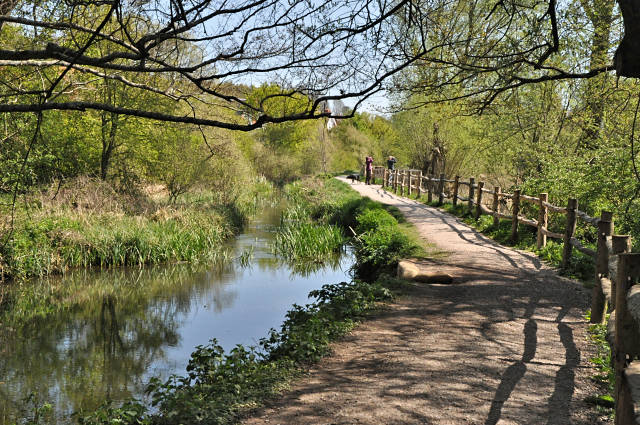 The Andover Canal beside Fishlake Meadows, Romsey in April 2021.

The last upgrade of this website was a complete revision and expansion of the part dealing with the Andover Canal. The waterway was closed in 1859 in order to use much its course to build a railway between Andover and Redbridge near Southampton. Around one third of the canal escaped conversion and several parts of this still contain water. Details of the construction and usage of the canal are sparse but this part of the website is an attempt to let the reader at least identify where the canal once ran and what remains can be found.

At the same time as working on the Andover Canal, the section of this website dealing with the Southampton & Salisbury Canal has also been undergoing a major overhaul. This is not yet complete but should see the light of day within a few months.

Follow this link to go directly to the pages on the Andover Canal.