The Southampton Canal Society welcomes all those interested in the inland waterways to our home page. We are not a large group but we do fly the 'canals flag' here on the south coast of England. Please explore this site and find out all about the Society. You can also find details about some of the inland waterways of southern Hampshire.

As a result of the pandemic and the related restrictions put in place by the Government, the committee of the Southampton Canal Society has agreed that all scheduled meetings of the Society will be cancelled until further notice. The Society’s secretary should be able to supply up-to-date information.

The meeting on 2nd April with Jon Van de Geer’s talk on Southern French Waterways will no longer take place. As usual, there will be no May meeting at Chilworth Hall (which was booked as a polling station) even though the local elections have been postponed.

Horse and the boat Kennet Valley

This home page sees the introduction of an upgrade and redesign of this website. The old design (see image) had been largely unchanged for nearly 20 years and had become regarded as outdated. The devices that are used to view the internet have changed significantly in the last 20 years and the old design was almost impossible to view on today’s smartphones. So over the last two years or so the new design was evolved and developed. This is responsive to the size of screen or window used to view it and should be equally usable with a mouse, keyboard or a touch screen. The upgraded site has been tested on Windows and Android devices but should also be usable on most other devices and with most modern browsers.

Not all the website has been redesigned in the new format at the moment - the task would have been too large and would have taken even longer. Hopefully, that will happen over the next few months. Constraints upon the size of the website have meant that some little used parts of the old site have had to be removed. More details can be on the What’s New page.

It is to be hoped that you will encounter no problems using this site and that you enjoy doing so. However, if you do encounter problems or find errors, please email to let me know so that I can correct them. Thank you. 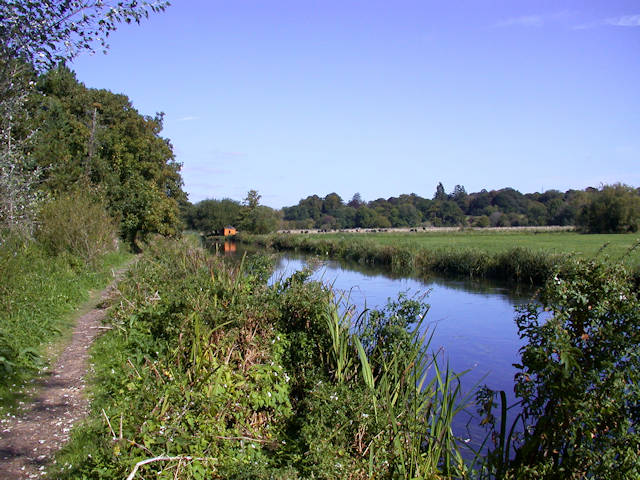 The Navigation north of Brambridge

A major part of the upgrade is a complete revision and expansion of the part of the site dealing with the Itchen Navigation. The last cargo to be carried on the Navigation, a load of coal, reached Winchester 150 years ago in June 1869. It had been hoped that the revised pages would be ready by June but it was not to be. The number of images of the waterway has increased from just over 350 to some 660. These now include historical pictures - the oldest seems to be over 200 years old and the oldest photograph is believed to date from 1869.

The first photos I took of the Navigation date from the autumn of 1975 (44 years ago) and can also be considered historical. The most recent I took in February 2019. I have also included various pictures by other photographers.

Follow this link to go directly to the pages on the Navigation.